I got permitted to do this.

The steamed rib…and this is roasted chicken.

Friends: I didn’t do it because it doesn’t look nice.

It looks nice with you .

And Tae Yul is really good in Japanese.

JJH: He’s been in gekkidan siki for about 5years.

He’s been in Japan for 5 years, and now he’s back in Korea.

Friend: Goodbye. I have to rest now.

JJH: This time, I’m going to change my room password.

We can break the door.

JJH: You are busy to go here and there right ?

I have to keep seeing it .

I’m not a food stylist, so please understand that it’s not neat.

This is the last recipe.

This is spicy roasted chicken.

It looks spicy just by looking at it.

I have to come back again.

Friend: Haven’t you cut your hair short before?

This is roasted chicken.

Friend: Are you doing it after eating?

JJH: No, I was just sending out the plates.

Friend: I heard that Ji Hoon is good in cooking.

I’ve never tried his food before, but it’s really nice.

Friend1: You are leaving to the army…

It’s lucky that I can see you often.

But I’m worried since you are not healthy.

Friend2: When you first came to do Don Juan,

I wondered why you talk so much while drinking.

But when I heard all your stories,

I had the idea of how much you have suffered.

The Don Juan made me know such a nice guy like you .

I’ve never seen anyone who tries hard like you.

It was so nice to see you ,

And you did more than what people asked.

You understood everything at once.

If you won’t change,

I’m sure you can do anything.

Take care, and I love you .

Friend3: We got to know each other quite awkwardly at first,

And I’m glad that we’ve become so close.

I want to do many things for you just like you did for me.

Be healthy in the army, and come back fast from training.

Do what you want to do during that time and spend a good time.

Friend4: I started to worry about who to get treated

when I heard you were going to the army.

Take care yourself and what I want from you is not your health not anything.

I just want you to be cool when you buy me something.

Friend5: We went on many trips together.

Trips helped you and me to see the big world…

Anyway , take care and let’s do some spa when you come back…

We’ve still got more to do.

I will do some spa in the whirlpool you’ve prepared.

Anyway, take care and see you after 2years!

Friend6: Take care, and I know you will do well anywhere.

JJH: I have to sleep.

Thank you for coming.

JJH: Where are you going?

Friend: See you on your enrollment day.

It is such a tiring day. 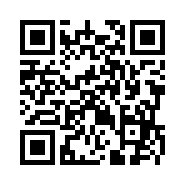