Press conference of the movie The Treacherous

Ju: I could be driven into a corner as a pervert in one go.

Le: There was a training where we burst them with our thighs.

*Chae Hong Sa-An organization which looks for beautiful ladies throughout the country.

Grant these two the full power of Chae Hong Sa.

Is about joseon’s tyrant king “yeon-san’ & his seemingly loyal retainer who controls him.

What is the treacherous subject which you are talking about?

The strong writes, and the weak is written.

Ju: All of us, including myself, have a set image of a treacherous subject.

I too, have that set image, and if I was thinking about the details of how

I should act. the director wanted aggressive and intense qualities,

So I listened to his direction and created my character.

In the video clip, you prepared a unique laughter.

Ju: When I’m with the gisaeng, I show my light qualities so I just

so that’s why it’s shown in the video clip.

It would be rude if I asked you to show us that laughter right now, right ?

Ju: It would be very rude.

King ‘Yeon-san’ was a complete tyrant!

Is shown on screen once again!

Kim : The image of King ‘Yeon-san’ shich we saw until now was just a tyrant.

I wanted to leap over the image of a tyrant who has a trauma because of his mother lady Yoon. I did feel pressured and thought about adding an artistic touch to differentiate the character.

Thankfully, the director thought of the picture”Beauty” as well as poems.

And dance , and I do several dance pieces with “Soong-Jae’ and thought

of showing a lunatic feel, and thought in-depth about showing an artistic madness.

Highly anticipated scene is the one where 10,000 beautiful ladies appear!

Kim: I was hally. I was happy just to see them , but I felt bad as we can see it now,

But everyone revealed their bare skin in the cold winter

So I couldn’t complain that I was cold.

Ju: A lot of ladies appear. I tool care of my appearance and before

the filming, we did rehearsals and we did a lot of things,

but the Hanbok wasn’t suitable to wear as a top, It kept slipping off.

I needed to do the rehearsal by making eye contact with over ten people.

A corner as a pervert in one go , so I decided that

Ju: Plus, when I act, I show rough and tough qualities, so I was worried that the clothes could be ripped or unexpected bad situations could occur, and

as people could be hurt as everyone revealed their bare skin.

Interest from the Korean film industry!

In acting as a mysterious lady~

Lim: Many women did special disciplinary techniques to captivate the king.

Out of the many , the most memorable one for me was ice, they hung

the ice on top, and I laid down under the ice and as the ice melted, water dropped onto the lower part of my abdomen. That is a training where

the lower abdomen is strengthened but in reality, it was extremely cold

so it hurt a lot and I remember experiencing a lot of hardships.

Lee: Along with the ice training. There was a training where we broke pumpkin.

fruits and vegetables with our thighs.

Do the scenes appear in this movie?

Lee: They will, if they aren’t edited out.

Act as a king & a treacherous subject!

Must keep an eye out on the two’s acting chemistry!

Ju: Kim Kang-woo has an amazing personality . He has a great personality

and we don’t look like we have a big age gap, but wo do , and

despite that, he treated me really well . It’s because I’m younger than him

in earnest and when I look at his eyes, I realized that I was talking

nonsense and he was listening in earnest and as a junior, I feel thankful that he reacted to me as a friend.

each other’s homes. In history . So, I ENJOYED IT. When you see the movie.

It’s fun to watch guy and woman couples, but we two have a delicate

and strange friendship and it might be fun to see us use each other.

A tense atmosphere at the filming set!

Passionate acting of the cast stands out!

And if you have over 5 million admissions?

Lee: If we have over 5 million, I will personally do the dance performed at the banquet and the sword dance in front of the audience.

When they leave the theater after watching the movie.

Ju : It could cause a lot of harm.

Actors charisma stands out in this movie!

I can no longer see the Im family’s father and son act vigorously .

A new interpretation of a shocking historical theme! 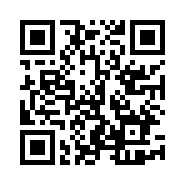