This is a cafe near Han river.

and there's an elevator too.

If your legs hurt, You can ride on it, but I walk until the 3rd floor.

The cafe is above Han River bridge and the scenery is nice.

It's beautiful now because of the snow.

There are people workiing out.

I also run along Han River instead of going to fitness clubs.

If you come up here

you can see the Han River in 360 degrees.

but I learned from Jae Wook.(指的是金材昱)

Some say that coffee is good,

and some say it's bad.

but somehow I learned it. 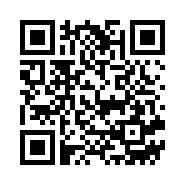