This is a café near Han river.

And there’s an elevator too.

If you legs hurt, you can ride on it,

But I walk until the 3rd floor.

The café is above Han River bridge, and the scenery is nice.

It’s beautiful now because of the snow.

There are people working out.

I also run along Han River instead of going to fitness clubs.

If you come up here, you can see the Han River in 360 degrees.

Look around. It’s quite dizzy…

But I learned from Jae Wook.

Some say that coffee is good, and some say it’s bad.

I didn’t really want to learn coffee, but somehow I learned it.

If you go this much…towards that side, there’s the Namsan Tower.

That Namsan Tower I the symbol of Seoul.

They call is Seoul Tower.

We call is Namsan Tower,

But foreigners call is Seoul Tower.

I went there privately,

And sometimes for shooting,

I will go there soon.

I’ll talk about it later.

My cell phone is actually 2G, and old one.

I am using someone else’s cell phone.

I play games sometimes, and I have a game console,

And once or twice a year, I fall into games,

I stay over night for a few days,

There are too many smart people in the word.

Q: You are born to look nice on photographs.

That’s because I met good photographers.

It’s a joke, it looks nice because of the make-up. (誠實的小孩..呵呵呵)

I was 11kg slimmer than now.

Q: You were more slim than now.

I gained 11kg than that day.

I didn’t take years. I gained 6,7kgs in just 3 months from October.

I told you just now, but I have a lumbar disc.

I got this disc while working out violently.

In October, and now I can’t exercise anymore.

I can work out at all.

Q: Is it that severe?

But I can feel pain at my back all the time.

Sometimes I can’t lie down or even sit down. (心疼)

I keep going to hospital .

Q: You’ll have a hard time when you go to the army.

I have to take pain killers with me.

I’m not staying for 2 years, so I have to bear it.

So I get treatments everyday.

Q: Aren’t you afraid of injections ?

I am…not scared of something coming into my body.

Is there acupuncture in Japan too?

I’m not afraid of acupuncture.

I listened well to my mother since I was young.

I trusted my mother.

When I sprained my ankle,

My mother took me to an Oriental clinic,

And wanted me to get acupuncture.

I asked her to treat me, and not anybody else.

But I followed her because she wanted me to.

And I cried when an old man stabbed a big needle.

Well, I was about six,

And I stopped crying when my mother said

When he stabbed another one. It just stinged a bit.

I’m not afraid of getting injections.

Q: Your mother is smart.

I was gentle when I was young.

The back of my hea is straight like a cliff.

It’s flat if you touch it.

When she laid me know. I just fell asleep.

I didn’t even turn over once.

I kind of blame her.

Q: A secret that the fans don’t know is revealed

Q: You are quite thin.

So the Japanese fans think you are timid, introspective,

And are afraid of going to hospitals.

Even if I am infront of the camera, I talk and laugh well

With the people I don’t know well,

When I come outside.

But I don’t come out usually,

And don’t like meeting people I don’t know much.

I hang out well once I meet them.

Once I meet them, I don’t take to strangers.

But I’m shy before I meet someone.

And when my friend wants me to come over,

I don’t go if he’s with someone I don’t know.

I used to be like this before becoming an actor.

I must be one of the top of having poor relationships.

Q: Which actor do you think has a poorer relationship than you ?

I don’t know that.

The two actors I know are Kim Jak Wook, and Ryu Duk Hwan.

Q:Then do they have similar characteristics with you ?

And Jae Wook…I’m not sure about him.

He probably won’t know well about himself.

They are interesting people. 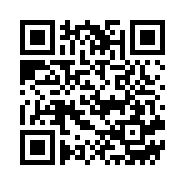