JJH: Well, I can’t show you my house since its dirty.

This is the kitchen I cook.

The rib I bought.

Just now… is in water now.

I should leave it for 40 minutes to 1 hour and the chicken.

I was peeling the potato .

I’ll put them all here and peel the potato.

Two potatoes will be used in roast chicken.

There must be tidy men for sure, but I’m not that type.

I disarrange things while cooking and clean it up at once.

You don’t have to put the chicken in water, just wash it cleanly…

Shall I prepare the ingredients? .

Onion goes into both the food.

Cut the potato in big size.

This is what I do.

When it is a bit done, the tips get soft.

Then if you cut it, it looks better and more delicious.

There are many people who wear gloves while cooking.

But I will… I’m going to eat this myself…

I’ll put in one whole carrot.

I will cut the onion into half, and put it one whole piece.

I’ve learned it in ‘kitchen’ ,

There are only few things left.

You must wash it first…

And then peel it off.

I will cut the green onion before I put it in.

I can do it at once cos of my big hand.

the amount of chili powder, but this is….

It might be not hygienic, using only one knife.

But as I keep saying, it’s okay since I’m eating it.

While the ribs get soaked, shall we prepare the ingredients?

It gets sticky because of the starch.

Q: Are you putting in Chung Ryang chili?

Why I’m putting in chili after all that powder…

You won’t know what Chung Ryang chili is.

The chili cultivated in that area is very spicy, and this is really spicy.

You will go crazy with just one bite.

And I saw a show program.

Which people from many countries come out and talk .

(the foreign people) said that other countries don’t use cooking scissors.

They are surprised when scissors come out from the kitchen.

They usually use knives.

This isn’t for cutting clothes. But it is just for cooking.

We use scissors while eating meat on the table and they were amazed.

I’ll put in half cup of water.

With weak flames, the vegetables will start to water, and the soup will be ready.

And then you can use strong flame.

And it’s the steamed rib now.

You can cook really fast if you get used to using knives.

I was worried about getting cut before, but now I’m alright.

Q: you have nimble fingers.

JJH: I do this very often.

Cut the carrot in big size just like the potato.

Q:you are cutting it in zig zag.

JJH: I did it on purpose.

The house is clean. You can just eat it.

If I have chance to cook for you ,

I will never do this.

It’s dirty if you don’t use it cleanly.

You can’t eat it since it’s too crumbly.

It’s nice to grind and put it in when you cook meat.

Q: Is there anyone who said it’s not delicious?

JJH: No one has ever said that.

No one has ever said that since I cooked noodles when I was young..

Oh , just one person , he Is my real close friend.

A real close one, but I didn’t invite him today.

He will never come anyway even if I invite him.

He doesn’t lke what I do for him.

We bought a lot since we were young.

We fight roughly all the time.

He’s my friend. And maybe that’s why he always objects to what I say.

He always says no.

I won’t have to cut this if I use a good mixer,

but my mixer can’t grind well if I put in big sized things.

Q: What is your know-how?

JJH: Will you be able to eat it? It’s spicy.

You probably can’t eat it.

As I’ve said before, cut the potato and carrot in a big size,

and if you cut it in big size, it is delicious. Because it becomes soft later.

If you order roast chicken in korea restaurants.

There’s a lot of soup.

I wonder whether there are people who really cooks like that.

I’ve just started eating outside because of my work.

The food in our house didn’t have soup.

We had the least soup….

So this is why I don’t make much soup.

And when I order roast chicken in restaurants,

It takes 30 minutes to boil down the soup.

I sit and wait.

I make the least soup I can make

Ah, you must season it well.

Many people know how to season it.

But people who are not familiar with cooking make big mistakes.

You should put in some salt while you season it.

You should put in a bit, and taste it, and repeat it.

But many people fail to season the food.

It’s because they put in too much salt or too little salt.

And sometimes they don’t taste the food.

I bought 1kg of ribs, so I can’t use a small dish.

I’ll put in this container.

Actually you don’t have to cut chilis

Some people say the hands get hot, but not me.

During ‘kitchen’, the cooking teacher cut this inside, but I’m scared to try that.

I am very scared, but I’ll try.

Then it gets stuck on the ground.

Then you cut it inside again.

It’s my first try out.

If there’s something scary,

I should be nervous and be careful,

But I don’t, and so I get hurt often.

I get hurt ofte and I almost cut my finger while using the knife.

I should be careful, but I always try first without hesitating.

We used to make sauce with soy sauce, sugar,

starch syrup and vegetables before.

But the sauce they sell like this in markets are good, so that’s unnecessary.

But if you would like to make it yourself. You can do that.

But I buy this sauce.

There are the leftovers.

I’ve forgot something while cooking, because of the shooting.

I should have mixed this up. Before I set the fire.

Q: Does it taste the same?

JJH: Of course it does.

Doesn’t matter how I cook…

But it’s less troublesome to do it in advance.

Look here. I must mix it up. But I have to be careful so that it won’t splash.

It’s a lot easier if you mix it up before boiling it.

I don’t use it, but it’s comfortable to use a disposable glove.

You can control the spicyness only when you mix it up before.

I made this many times before.

So I know how much chili powder I should make.

But you should put in some and check…

You will know by it’s color.

If it’s too white, then put in more chili powder,

And put in bit by bit so that it won’t become too red.

If you don’t like spicy stuffs, you can stop putting in.

Later I will put some salt here. And I saw some people who put in starch syrup instead of salt.

Then it becomes into a spicy, sweet roast chicken…

I use wooden spoon when using frypans.

Other spoons spoil the frypans too fast.

The rib is almost cleaned.

I don’t like oil. So I’ll cut the oily part.

I suppose you will be drooping because it looks so spicy.

Lower the flame, and boil it more.

Let’s do the rest.

Put in some pear juice.

I can’t use water for this

Because the vegetables will water itself later…

Put four pieces of garlic which the Koreans love.

I also want to put that in here too.

I want to put some potatoes here.

But my mother scolded me before. So I’m not putting it in.

My mother said I musn’t cook potatoes with meat.

You must mix it up well.

Then I won’t have to go over what I did just now.

And the ….. pineapple I bought.

The fruit juice is too sweet.

So pour it away.

Be careful with your hands, and outsideand inside,

Cut it into four pieces.

You might think , ah, how could he cut the pineapple with the same knife!

But you can see right?

It went in right? The pineapple.

It’s would be better if I had matured this in the refrigerator.

But I don’t have time.

I should just eat it.

My cooking is finished now.

I sometimes awe at myself.

How could I do this much?

The steamed rib takes too long, so I can’t show you all.

But if I have my own know-how,

Boil the meat in strong flames.

If the meat is almost done, it makes some soup.

And you must like a certain amount of soup.

Before the soup is made less than the amount you want change into weak flame,

and if you boil it for about 40 minutes. The meat gets really soft.

The meat melts in your mouth.

It depends oon how long you boil it, but 1 hour is more than enough.

If you keep using strong flames, the meat gets tough.

When the meat gets done in strong flames, and if ther’s too much soup.

Pour away some water, and boil more in weak flames.

Ah, if you like roasted chicken better, how long should you boil it?

Oil will come out if you keep boiling it.

Can you see there’s some oil here?

JJH: Yes, this is chili powder.

While boiling, the chili oil will come out.

It comes from the chili skin.

Then it will be nice.

But if you use strong flames.

The chicken gets done before the oil comes out.

And you must boil the potato longer.

But anyway , I should warm it before eating.

If I cook the potato a bit more. The tips get soft.

The tips are now still hard.

But if it gets boiled well. The tips get soft and pretty.

And … is there sesame oil in Japan?

You must put in some sesame oil.

It’s not compulsory, but it’s better.

This is wood too right ?

Put in the oil two times.

Then the smell will be strong.

Can you smell it?

So I musn’t put salt in the steamed ribs.

It can become too sweet because of pear juice.

And the sauce itself is a bit sweet.

It can become too sweet because fo the pineapple and pear juice.

If you like sweet things, you can just eat it.

Put in soy sauce instead of salt.

I think there is too much soup.

I will boil down the soup in strong flame, and keep boiling it in weak flames.

I will put them into plates, and show you at the hotel.

I am worried that this will become a mass of oil since its oily.

What can I do?

I’ll show you how much they enjoy the food. 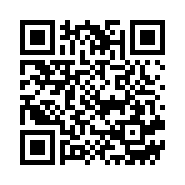