And they are about to come.

Oh, here they are.

There’s nobody else to come since I’m at a hotel room right?

They are certainly afraid of cameras,, right?

It’s alright. They’ll get used to it soon.

They are my best friends.

I’ll introduce them briefly to you .

I’ll introduce them by age.

I’ll do it randomly.

From the ones close to me.

She is model Jang Soo Im.

She is Ji Sang Eun. A stylist,

She’s not my stylist.

And she is Ahn Yoo Jin. a musical actor.

She played Maria in Don Juan, and she helped me a lot.

Yoo Jin: We hung out a lot.

JJH: If she wasn’t there, I couldn’t have done well.

He is Lee Bang, and I’ll just pass him.

He is Won Ba Woo.

I’m really going to pass him.

The one at the end it Won Ba Woo, Won Yong Suk .

We knew each other for 6 or 7years.

Won Ba Woo: What face should I make…

JJH: He’s a student, and he’s the only genius between my friends.

He searches the internet, if I need something,

He does what I can’t do because I’m not smart.

Their likings for food is all different.

Actually I’ve made some steamed ribs and roasted chicken.

I was surprised to see what he did.

JJH: Others are all surprised. But Yong Suk doesn’t have any expressions.

I was planning to shoot this at my house,

But I couldn’t because I’m moving at April.

The Universal Team lend me this hotel.

Because I’m soon going to the army.

They can order some food from outside,

But I wanted them to eat what I made for them.

So we will order what we will have to….

Where did I put them?

Friend: They were in the refrigerator. Two Pots.

JJH: This room is too big. I can’t find the refrigerator.

This is a gas range.

This is the gift box that my fans gave me.

I’ve brought them in this box.

And in the refrigerator…

I can see my friends from here.

Did I forget to bring the gas?

The translator said she had a hard time when she went to Japan for “Antique” teaching.

Do you need anything?

My friends are all here now.

The wine I bought just now.

I said someone broke the wine glass right ?

My fans send me wines, and I bought expensive wines at home myself.

But that friend who knows wine always drink the expensive wine.

Because he knows wine.

He drinks it when he’s totally drunk, since he knows wine.

He drinks wine when his tongue is almost paralyzed.

JJH: No, I worked at the wine bar after the college exam.

I broke 6 wine glasses and got chased out.

I’ve bought this. So I wil open it.

And when you open the wine there’s an empty spot right?

This is a secret.

You should open the wine by putting in your thumb into this empty spot.

Do you know why?

Because it looks good.

There’s no other reason.

It’s because it looks good.

Thank you for coming before I leave for the army.

We’ve got one now.

I think Tae Yul is here.

Friend: Were you celebrating already?

JJH: We were eating.

He is Kang Tae Yul,

He helped me a lot during Don Juan and he’s like a teacher to me.

Friend: Is everyone here?

Ah, This is awkward.

JJH: He’s the brain of our team. He’s a real genius. 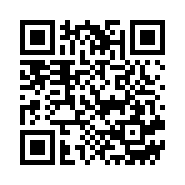