JJH: Can you see it’s all frozen?

There are many fish in summer and sometimes ther are turtles.

It’s a nice place to sit and look.

If I sit down here and look at the river,

It feels I’m being comforted.

The river flows smoothly, and there are small waves, and it feels good.

And sometimes when I have troubles.

There are times when I run until here without thingking, and get blank while sitting down here.

And that feels good too.

If you walk from the end to end of Han River, you can go everywhere in Seoul.

You don’t have to go far for a walking tour.

If you want to travel Han River, you can go everywhere.

And so I come here often.

When I was young, I used to play on the frozen river.

It’s such a pity.

I came here with my mom when I was young,

I came here with my cousins,and with my friend you saw.

It’s a place I come all the time.

I guess… I come here 5 times in a week if it’s not too cold.

There are bridges in Han River.

They all have different characteristics.

And because of the different characteristics, there are many people who take night scene pictures.

I don’t carry tripod with me.

I’ve never tried it yet. But I’d like to someday.

I want to take pictures of the bridge and the night scene.

The sun has gone down a lot.

A: Can they see you if they come here to see you ?

Actually that made me think a lot.

And a place like this makes me think a lot.

And it might feel as if someone else saw my diary.

But I would like to say hi when I meet them here sometime.

It would be nice…

Won’t it be a real great connection

If we get to meet at this place

When we are not the same age. and when we lived at a different country?

It would be nice to see them.

A: Who knows your secret place?

Because when I run with Jae Wook, I go further, and Lee Bam, Won Ba and I only know this place.

A: It's the secret place for you three.

Someone is running here at night when the weather gets warm,it might be me.

JJH: Which bench whould I be sitting right now ?

There are many benches here.

It might sound like a difficult question. But you will find it easily if you see the background.

I’m right opposite the expensive restaurant.

If I wore more warmly,it would have been nice since the wind.is not strong today.

A:I can feel the mood of the winter.

JJH: What is good about Han River is that there might be differences, but I can feel nature. Near my house even if I don’t go to the mountains.

JJH: It’s nice to walk the dogs and cats here.

Remember to carry a spade and plastic bag while you walk them.

JJH: My dogs are really smart.

They eased themselves in the toilet,and scratched the door when they wanted to go out.

If I open the door, they play outside for 1 hour, and they come back by scratching the door once more.

I didn’t need to bring them out.

I’ve finished introducing Han River. I said that I usually walk when I come outside.

It’s code today, but I’m going to walk alone since I feel good.

Thank you for following me today.

And now I should say bye. 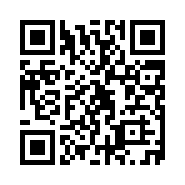