JJH: This is the stand bar we go often.

Q: Will you sit down here?

Shall we sit there ?

This table would be better.

JJH: It’s too cold to take off my coat.

Q:Shall I serve you what you always eat?

JJH:Give us what we usually eat.

I lived in this town before.

The night and day kept changing, and I couldn’t sleep.

So I stopped by here while going home,

And drank one cup of liquor everyday.

Because I couldn’t sleep.

So if I come here,

The liquor and the appetizer are just served automatically.

And Jae Wook moved over to this town too.

We both sit here and…

We drank a lot when you first came here right ?

We pulled up the parka that hangs until our knees,

And came here to dink after the shooting.

And since then , Jae Wook comes here often.

JJH: He came here yesterday too.

This is a funny story.

When I drink, I drink a lot.

But Jae Wook couldn’t drink much.

He calls me comfortably now,

He was scared of me.

So he had to drink if I told him to.

It’s not a nice custom but it’s still in Korea.

He drank Chinese hard liquor, and vodka in cups.

I can’t remember, but I vomited blood the next day..

But I’m a heavy drinker.

Then what would have happened to him?

And as you know, we lived together for 7 months.

We stayed together for 24 hours.

Q: Do you have drinking habits?

KWJ: Do I have a drinking habit?

Q: Then he drinks violently ?

What he enjoys is .

He sings playing a guitar when he drinks, since he does music.

KWJ: I was drunk too.

It’s nice to listen and…

KWJ: He has a drinking habit.

He forces people to drink, and does a lot of skinships.

For example, he doesn’t touch beautiful women or someone he’s interested in.

He just does it to someone who is right next to him. (下次喝酒叫上我嘿~^^)

If you get to drink with him, he will do it to you too.

JJH: I put my arms around.

I even hug with men.

Jae Wook came in while I was in the middle of a game,

But he hugs men too, and we are used to hugging each other.

We say hi with hugs, and that feels warm and nice.

And the difference in drinking culture…

When we drink liquor in Japan, beer for example,

And they fill the cup if it’s just a bit empty.

JJH: They don’t do cheers all the time.

They do it only once.

JJH: We pour when it’s all empty,

And we do cheers all the time.

It includes everyone, and not just us.

Even with hard liquors.

What’s funny is that when we are drunk,

Everyone is trying to do cheers,

And we do it all the time.

KJW: Everyone are so drunk….

KJW: The smell itself is sofe…

It doesn’t fight with me palate, but it soaks in naturally.

The smell is very kind.

And I’ve never drank alcohol that is drunk warm.

I drink a lot usually

But even if I don’t drink much, I can feel the warmth,

And I drink less than usual because it feels that I’m drunk.

Q: Ji Hoon, is that your own cell phone?

Q:I’ve never seen it before.

Q: Can you show us what the background is ?

This is a real sameness.

Take your cell phone out.

This is Jae Wook’s cell phone. There’s nothing in here…

Most people use smart phones which ables internet.

But he and I use old cell phones.

We only call and send messages with cell phones.

There’s nothing else to do except call someone.

Q:How long do you call someone on the cell phone ?

JJH: I’ll have to count by weeks, I don’t call mostly.

I send a lot of messages.

Sometimes I need something from him .

And not wonder he is doing.

Well we are too close but,

If I call him to borrow something,

I send a message saying “Lend me a camera”.

This is spicy fish paste soup.

It’s made of fish paste and the devil’s tongue, and it’s hot.

It’s hot because of the chili powder.

If you are brave enough, than try it.

There are other nice dishes too, so eat other stuffs.

I eat warm food with sake, and this is my favorite.

KJW:When we are out of fish paste, we eat fried mero.

The speed of drinking is only 1/10 of my normal speed.

KJW:One more bottle should have been served now.

JJH:There should have been one more bottle already.

But I can’t be too drunk.

JJH:We should have eaten more,

But today Jae Wook also has to meet a director at dinner.

It’s been such a long time coming out of a bar before sunset.

KJW: It’s been such a long time drinking when the sun is up.

I will say bye to Jae Wook here.

KJW:Okay,what are you doing tonight? 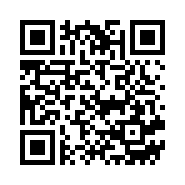