JJH: I am exhausted.

T: You should be.

It’s hard to sing, and it’s difficult to make energy.

He makes me feel comfortable.

T:I am exhausted too.

And I have habits of singing songs in my own style,

Because this (musical) must be delivered.

It will work when I master the basic…

But now, even if I get too emotional,

The audiences won’t hear the sound,

And if I break my emotions, it’s too cold…

T: It should be hard.

It will be hard because this is same as changing

someone who lived as a right hander to a left hander.

I was half in doubt when he came to me

saying he wants a lesson, because he came to me in old age.

They are just twenty years old, but you are not twenty right ?

So if someone has muscular habits for quite a long time,

It is really hard to change, unless he has a strong will.

But what made me feel there is a possibility , that I can change him,

and that I want to challenge too is.

During my holidays, he packs his bag and comes to my house for about 3days.

he sleeps and trains after breakfast again.  (就是喜歡朱先生這樣的堅強意志)

He kept repeating this for a few days.

He showed me a strong will.

He has a clear opinion himself, but when someone says something

and if he feels that it will really help him, he can throw away everything.

So when he first came, we didn’t sing.

What he did when he first came was.

JJH: When I first came,

T: He should have a good habit of speaking,

and then only, he will be able to use that while singing

we are planning for 2 more years.

After that steady work . you will be surprised when you see him on stage.

Anyway we should try harder right?

JJH: This is really hard…

Well , other stuffs are hard too.

but what should I say…

the difference between musical, movie and drama are same.

and there are sound machines right infront,

and if I can’t voice out well, the audiences won’t understand.

But while singing, if there are scenes like I will revenge you,

or I will kill you, there will be tension when the actor gets excited.

If there’s tension, he can’t voice out,

But his feelings are true…

Do you want to know a secret?

The Don Juan show was held in Sung nam.

During the show, I almost begged the actor of Don Juan to teach me.

Then the actors told me to give up Sung nam.

Ji Hoon, let’s give up Sung nam! So I said yes.

He’s just a trainee, since he just started.

He was a hero in some musicals,

and he must think the same too,

but he has a real good attitude of learning.

He has just started stepping forward,

but he has amazing things inside him.

Ji Hoon’s strong point is, he has a strong will to train himself real hard

and make it into his stuff, if he feels he is insufficient, and unfamiliar. 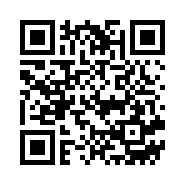