RDH: He’s not someone how is only obedient, that’s for sure.

What I mean is…. He knows how to admonish, he know how to scold,

and how to make compliments.

He’s someone who knows when to help, he is to me.

That’s why I can depend on him so much.

JJH: but I can’t drink like that with my close friends.

Q: Do you remember how you drink tea?

JJH: I can’t remember clearly. But there’s a teacup.

You hold the cup with the hand, and after that.

You shouldn’t lower your head.

You hold it up, smell it and drink it.

And when you drink tea, we don’t drink tea while it is terribly hot.

You musn’t make sounds as if you are drinking coffee.

You should cool off the tea, until it’s warm, and drink like this.

I think that men and women had to use different hands.

It’s been too long since drama ‘palace’…

It’s unusual, but I used to like bitter things since I was young.

Flavors you can taste when you eat ginseng in raw.

I used to eat that well since I was young,

So I guess I drank tea first.

It was mostly milk coffee.

I don’t like sweet things, so I didn’t drink coffee.

RDW: I don’t smoke.and instead I drink 10 cups of coffee a day.

But these days, I can’t drink much because of the concert.

He really helped me a lot with caring my throat.

He used to perform,so he taught you many know-hows?

Of course , he gave me the masks he received in Japan,

And even gave me some sweets.

He introduced me medicines and the hospital he used to go.

Are sweets good for throats?

JJH: It’s in Japan. I have an episode from being unfamiliar with Japanese.

It must be similar.

I’m not sure, but the candy name was ‘Hachimich’

I told you that my friend Kang Tae Yeol, a musical actor lived in Japan for 4years.

He has been a musical actor for long, so he taught me the know-hows.

He told me honey is good…

Ah , I’m not sure but there’s a candy named ‘Hachimich’

He said it’s good for throat,

And told me that I should eat it while practicing.

So I called my friend in Japan

And said ‘Hey, there’s the Hanamiz candy right? Buy me one’,

And he almost fainted laughing.

And I told him to buy me a snivel candy …

Your reaction was so awkward.

You forced the smile right?

Right? I don’t use foul words that much.

But…the slangs that middle and high school kids use.

It’s funny if we adults use it, because we don’t use that often…

RDH: Joo Ji Hoon as a human, and not an actor was shown here, and today.

He’s close to nature, he always wants to be free.,

and wants to express that freedom with his body,

and he hopes that many people will share that together.

JJH: And you have to warm the teacup with hot water.

After warming it, throw away the water.

Pass this teacup around to these friends.

I’m not sure whether this is right, but my mother does that.

It’s because the shooting is kind of  busy now,

But she keeps warming it all the time.

I was good to see her way of treating things.

But since it’s ture, will just say it out.

If you think rain isn’t just rain, but THE mighty rain,

you will feel more composure.

And think the moon as THE moon.

It’s good to think in that way.

THE sun, and THE moon is an expression that appears in fairy tales.

RDH: Actually we use the word THE sun.

But why can’t we say THE moon, and THE rain?

JJH: Duk Hwan, Jae Wook, and me, and all my other friends,

who act or don’t act think of this more seriously than me.

We are not forcing others to break those prejudices,

but we are just keeping it to ourselves.

RDH: but we are just keeping it to ourselves. 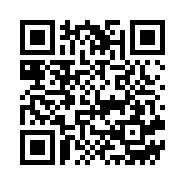