Q: How is Joo Ji Hoon as an actor?

RDH: I was surprised.

I never knew he was such a deep thinking person.

I’ve talked with him, and he watches a lot of movies.

I also watch may movies at home.

But I think Joo Ji Hoon watches about 10 movies a week.

he knows how to see through into peoples outlook.

And when he sees movies or plays, he has his own clear outlook.

of the movie he watched.

It’s difficult to set a standard.

Because you have to listen to the directors, other people and

it’s hard to control oneself.

An actor who doesn’t ignore that but accepts it generally

and set his own standard is a real good actor.

But other people think that I knew him for 10 years.

I really talk a lot of him.

When others ask where I am , I’m with Ji Hoon,

When they ask what I’m doing, I’m drinking with Ji Hoon.

JJH: Are you with Jihoon?

Then I tell them I’m with Ji Hoon.

And when I tell my mom I’ll be late, she asks where will you be?

JJH: Really ? You didn’t come to my house many times.

Whose house did you sleep in?

RDH: I sleep over often.

I actually don’t sleep over often.

RDH: I’ve been an actor since I was very young,

And have been the hero of movies since I was twenty.

And so people who are older than me don’t treat me like a young brother when we have a conversation.

They just think of me as “the guy who’ve been a hero in the movie”,

JJH: and an old actor.

RDH: Well, so they don’t treat me friendly.

If I asked them for consulation.

And then, I met Ji Hoon.

There’s Uni, who was very close with Ji Hoon,

and I felt about the word ‘brother’, when I met him.

I don’t have my own brother , so I felt like he was my brother.

And Ji Hoon held out the word brother to me first.

He was someone who wanted to be my brother, and I said yes.

That was the source of trouble.

JJH: I act as his brother, and he pays for dinner.

RDH: He’s as person who made me think that he’s such a deep person,

and someone who can make me learn what I didn’t know,

and someone who made me want to share everything I have.

There are characteristics of tall and handsome people,

but he broke that character all the time.

He made me think that he isn’t an actor who is acting without pretense.

I didn’t know what kind of person he was,

but after I got to know him, just like what I’ve said,

I thought he was a person who has more than I thought,

and I could learn what I didn’t know from him.

It’s not that he knows unnecessary things,

but knows pratical things and he tells me things that can

help me out, since he knows many things

That helped me a lot 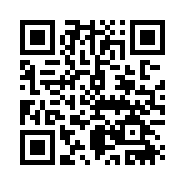