KJW: Well..how should I say this…

He’s really so close with me…

It’s difficult to express a person with words.

It will be easier to say that when I’m not so close with him.

But it’s awkward to say that to a real close person.

Meeting a person, whether he’s old or young,

Whatever relationship we are in , should I respect?

What must I say about Ji hoon?

It’s a mixture of feelings..

For example, I am a bad tempered person, and doesn’t know how to consider.

But when I see someone who is so warm, and when that looks sincere,

I get to respect him.

I will also have a longing for the things I don’t have.

It’s very relative, but he shows me all of that.

He’s warm, but sometimes he is very cool-headed, as a professional,he knows to see the general…he does’t put up himself in relationships but he thinks more of the whole balance in a relationship.

That includes his life in normal, and life as an actor.

That’s what he and I different, and I want to learn that.

JJH: You should die alone. Why do you want to die with me?

KJW: He speaks a lot.

He talks a lot because he’s not talkative but, well, he is sort of talkative,

but he wants to deliver his thought perfectly.

That’s impossible to deliver all the thoughts.

About how much I love you,

How nuch I think about you,

How much I hate you ,

I think delivering my feelings perfectly to other person is impossible.

But maybe it is his habit.

To set an extreme example, I know this from working together,

it applies while talking about acting too.

A passion gushing out from the mouth.

He’s the top of that between the people I know.

You will know if you work together.

But when you see him talk ,he’s very logical.

But that sounds very dispersed at first.

and you will only think that he’s very talkative,

but people get used to things.

It sounds right if you keep listening…

And he really does say right things…

His introductions are long.

When you hear his preliminaries,

you know what he’s going to say next.

I didn’t spend a long time with him,

but we’ve worked together,

and there were many incidents.

He and I are the closest between the people who work in this business.

I trust Ji Hoon the most from the people who I work with.

It’s because I don’t listen well to him.

He always tell me that I should meet someone like me

and feel what he feels, and only then I will know what he means.

Q:He must be quite feminine?

He’s not a macho, never! He sometimes is …

It’s vague to define hime with one word.

He thinks a lot and sees things in various angles.

But he is still self-centered.

So as what I’ve said at first,

he is a person who is mixed up with many things.

Q: How did you become friends?

KJW: We’ve got close while shooting a movie,

and we’ve been together all the time.

We met everyday for a few monthes,

and were together except sleeping time.

Especially we talked a lot while shooting

and Sun Woo and Jin Hyuk’s relationship is important in the movie.

Ji Hoon and I had to communicate a lot in some parts,

so we met often when it was unnecessary.

We talked about each other, and mostly about the movie.

whether what he is going through,

and I want to thank you as a brother to the ones who love Ji Hoon.

You should decide whether to love him or not by seeing what he does.

I want to tell you that the times you’ve spent

loving Ji Hoon wasn’t a waste at all.

He’s such a nice person and an actor.

All of you take care, and please wait until Ji Hoon comes back. 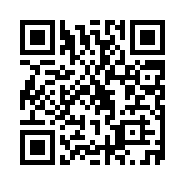