My face is on two posters at a film company.

JJH:Didn’t you say you were shooting at winter?

MGD: Yes, I should., but the casting isn’t over yet.

JJH: It’s a part I should have done if I didn’t go to the army.

It’s my personal opinion, but I should have…

Look around here and there….meet some friends…

Is your back okay? You look good.

JJH: You really look much healthier.

MGD: Really? Movie makes me suffer. I can’t even sleep.

JJH: I have to work out, but my back hurts…

And that makes me gain more weight…

But I’ll lose weight in army.

They eat regularly, and work out a lot.

JJH: I have to eat regularly and also drink alcohol.

MGD: I go to the borough office regularly.

You could control it then.

You can skip meals.

JJH: Well for one month…

MGD:That one month will be hard.

In our documentary, they make the soldiers spend the winter

with the cloth that frozen soldiers wore.

And there are no doors at the barracks.

JJH: Did you hear that?

Did you hear him say

He’s the person who talks about…

But he talks about tragedy with bright eyes, as if it’s nothing.

MGD: It’s because I have some things more to tell you about army .

MGD: The aim is not training.

If their goal is to train soliders, they should wear shoes that fit,

But that’s not their goal.

JJH: Is it mental training?

MGD: They want the soldiers to experience severe things.

JJH: I think that my health will improve.

Because anyway, my life pattern will be regular.

MGD: It must have been a long time for him until becoming

an actor from a entertainer, and a model.

He’s going through a lot of change in a short time.

He experienced big things in each parts, and was once a top in that section…

So if he meditates, and ruminate well during his army period, and assimilate,

I think he will bloom into a great flower when the time for him to realize his desire comes.

As a director who took his first movie.

And want to do many things for him…

Whether we get to work together or not….

Whether we are far or close…

Will help him to become someone who is generous and respectable.

Only then he can start again as a good actor.

JJH: Sir, I will stop by at your house one week before I go to the army .

I sould get going.

MGD:Is there anything I can give?

JJH: I will take that when I go to your house.

MGD: Take care before you leave.

I always feel happy when I meet director Min.

He has an ability of letting go of things that are not good.

And he is a good listener.

And he’s a director who I really love.

Today’s conversation with him was so happy.

I should go home and sleep. 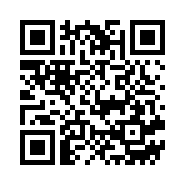